Temples of Primordial Power and their effects In the ancient days, before the present pantheons of Gods that exist throughout the multiverses played in this game, there were The Old Ones – Primordial Powers – beasts of both omnipotent and yet also physical form. When the first sentient mortals appeared on the first world – now known as Droomalithia, where Shimring resides as a mystical island – the Primordial Powers were aware of them and immediatlely engaged with them, enslaving them and forcing them to worship them and pay homage in blood, sweat and tears.

Shimring, although a physical island on the planet of Droomalithia, is also a representation of the plight of all humanoids, who were born into a world where life was nasty, brutish and short. Many years passed in horror, with the sentient beings all toiling and striving under their cruel masters. However, although their existence was horrid, yet they dreamed of better times. Dreams became beliefs, hope became faith, and focused sentient energy created a balancing force to counter the ever destructive powers of the Old Ones.

The Droomalith is a powerful representation of the divine energy created from the dreams of mortals. As mortals spread throughout the worlds and universes, each creating their own Gods to deliver them from the horror in which they lived, these pantheons became powerful themselves and manifested themselves in their various planes of existence. Among all these Gods were various ethoses, based on the variations of living personalities that existed among the humanoids. All of them sought power in some way. Some good, some evil, some lawful, some even chaotic, but none were as thoroughly destructive as the Old Ones.

The Droomalith, who was a manifestation of hopes and dreams, but also an overlord of the new deities, realised that if left unchecked, the Old Ones (or Primordials) would eventually destroy all of existence. He therefore forged an alliance of Lawful Gods (a thing done never before or since) and with their combined might, forced Cthulhu, also called Tharizdun (the strongest of the Elder Gods) and his allies into a Plane of Imprisonment. 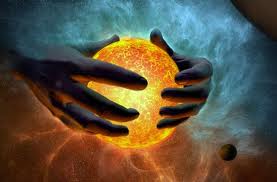 The place where the Old Ones were strongest was on the plane of Shimring, where they had worked millions of slaves to death to delve four great temples. Yog-sothoth in Astaroth, Hastur in Savandem and Cthulhu himself in Greeekle. A fourth temple, Horus was never completed and was where the Droomalith based his attack on the other three. The Droomalith brought into existence the Dracolich – progenitor of the great Wyrms. This was a creature more powerful in Death than in life, and its blood and bones were used in the crafting of the Island of Shimring, forcing out the physical forms of the Elders so that they could be chased by the Union of Lawful Gods and placed in the the Plane of Imprisonment.

The Island of Shimring was then created and separated from the mainland on the Planet of Droomalithia and the Droomalith used the power of the Dracolich to “CLEANSE” the Temple of Horus. Once this was done, the dead stone heart of the Dracolich was removed from the island and guarded in Wyrmland. With the Primordials incarcerated, the Droomalith used his remaining power to hold the Chaotic energies of the three main temples in check and to stop the Dracolich from escaping and wreaking havoc on the world, for the dracolich is itself a primordial power of chaotic energy.

The Droomalith allowed the Younger Gods to thrive in their own planets, worlds, universes and regions, awaking only at times when seriously dangerous inbalances threatened the Universe or sometimes even parts of the Universe. The Lady of Pain, who is key to the detection of multiversal inbalance due to her unique placement in Sigil, holds the key to the awakening of the Droomalith when action needs to be taken. 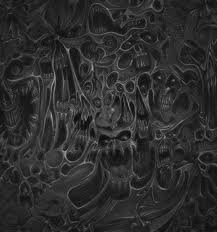 The Droomalith, with the forced help of the Dracolich, managed to extricate the physical forms of the Elder Gods in such a way that they could be imprisoned by the Lawful Alliance of Younger Gods. However, only Horus was “CLEANSED” of Chaotic Evil Energy. Inside the temples, this energy is merely suppressed – physically by the bones of the Dracolich and metaphysically by the power of the Droomalith itself. This Primordial Power is suppressed – not destroyed!

The Primordial Power of the Elder Gods still exists throughout the multiverse in many different forms, and there are many active powers, even among the Younger Gods, who maintain this power in the hope that Cthulhu/Tharizdun will be released and they will be rewarded. Nowhere in the Universe is this power as strong as it is in Shimring. As a manifestation of the entire universe, Shimring is connected to all planes, but there are barriers in place created by the power of the Dracolich. The carrying of the Heart of the Dracolich into the Primordial Temples weakens these barriers in such a way that cojoining of planes is enabled.

But worse than this! The mighty power of Primordial Evil Chaotic energy is seething under the land, striving at all times to escape and erupt into the Universe through a phenomon known as the Rift of Chaos! This rift is generally held in check by the Droomalith in a delicate balance, but these ancient chaotic energies are highly receptive to life force, divine magic, arcane magic and elemental energy, and can channel their energy into bursts, waves, bubbles and shafts that can burst through the protective membrane at times when such things are detected in the vicinity of the temples.

There is a high chance that any living beings, especially sentient ones, are detected by the Chaotic energy that exists in these temples, and as such, even a footfall on the soft ground is enough for the Powers of Chaos to focus their energy in such a way that a small tear in the protective membrane can occur. If this happens, magical energy can be sucked up and even life force can be drained.

Back to What it’s all about
Back to Primordial Temples 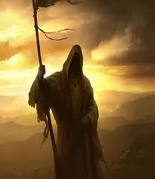 It was easy to use game mechanics to cause obstruction through the use of spells because there are many precedents in the game for the suppression or alteration of magic in its various forms. Due to the immense power of the Primordial Energy, I had no difficulty in deciding that magic in all forms (acrcane, divine and elemental) could be at times negated, and at other times affected in lesser ways.

In terms of the Life Force issue, it was a bit more difficult to find definite triggers. Remember, ANY action can be sensed and therefore trigger a Chaotic Rift movement, but I had to think of something that would work as a mechanical game trigger. I read profusely through many DnD tomes and then somewhere in some place in some planar manual, I found the suggestion of effects on character abilities, specifically citing a rogue’s Sneak Attack and a cleric’s Turn Undead abilities.

I therefore designated any abilities described in the Class List of Abilities as being something that could trigger a Primordial Power event. Logically, the mere existence of a living being in one of the temples justifies a possible eruption of Chaotic Energy, but with the character abilities, there is something definite and it will usually relate to an action (free, swift, move, standard or otherwise) and always relate in some way to life force, therefore drawing in the enemy.

I had originally set up the Primordial Power effect as a 1 in 6 chance but then felt I would like to diversify, so that it was not always the same effect. Hence it is presently a d10 roll with a high chance of occurence. This could vary with each temple, depending on how it works out, but I do want the chance of occurence to be high because this fits in with my whole philosophy of making the game more challenging for the characters without using bigger and BIGGER MONSTERS!!!

Indeed, for the quest into the second temple, Savandem, I have widened the odds once again by using the Cthulhu Die, which is a d12. There are now one favorable and two unfavorable results that can occur from conscious use of a spell, power or ability.

One of the players pointed out (quite rightly so) that the strict Fighter class escapes the Primordial Power effect, due to not having any character abilities. As the game was originally designed for a party with no straight fighters, this was not taken into account, but in present circumstances, with only one straight fighter present in the party, I will let it run and see how this develops. A further modification may be required before the next stage – Grneekle!

Temples of Primordial Power and their effects