Vivacious, beautiful and black haired, she is more likely to break into laughter than concern at the first sign of a bar fight. She controls all affiliates in the River Quarter. She is flirtatious and substantive and her knowledge of the district and the city beyond makes her a critical contact. Although she takes her new Guild reponsibility seriously, she still spends time with her former companion Khellek and can often be found at his table at the Green Dragon Inn.

Meeting with Tirra, the Elven Messenger of Greyhawk:

After using the Primordial Power Word Astaroth, the Questors arrive in an empty stable in the City of Greyhawk. This is opposite The Green Dragon Inn and it is 11 0’clock. On arrival, the characters are met by the dark haired elf, Tirra. She has been waiting for you and knows much about you so you can imagine that what she says is true. Also, the Exarch of Bahamut said to trust the She Elf.

She has told you that to enter the lower chambers of Zagig’s Tower of Magic, you will need an Obsidian Key to present to Grandfather Magic. There is no other way to enter these caverns.
She tells you that they key is hidden in the Ziggaurat of the Guild of Wizardry but that entry into this place is almost impossible. Fortunately, her Guild has been working on this matter for many months, and have been depending on you arriving in time. You have arrived with one hour to spare and she needs you to take the Magic Ring and enter the Teleport Bottle. The guild have arranged for this bottle to be taken into the Guild of Wizardry. You need to wait for 12 hours inside the bottle before leaving.

You will be left near the library and you are told that you have to find the Yragerne Accord of 393 – a general history of the Guild of Wizardry that describes its founding and the Ziggaurat’s construction. An agent of the Guild of Thieves, for whom Tirra works, has told that inside this book is a reference to the Obsidian Key that details a secret way to the long lost study of Zagig, where the Obsidian Key is hidden. It is thought that even the Wizards of the Guild do not know the whereabouts of this study.

The Guild of Thieves do not want anything from the party other than that they retrieve the key and then open the lower chambers of Zagig’s Tower of Magic. However, they do ask that the Questors do not divulge any information to the Guild of Wizardry – “they are too interested in the contents of Zagig’s study, and would immediately plunder it for themselves, denying us both the chance to find the key. These wizards aren’t good people, and they don’t think twice about summoning demons. Allowing the secrets of Zagig’s Study to fall into their hands would be catastrophic!” 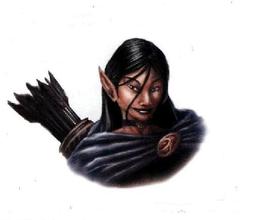